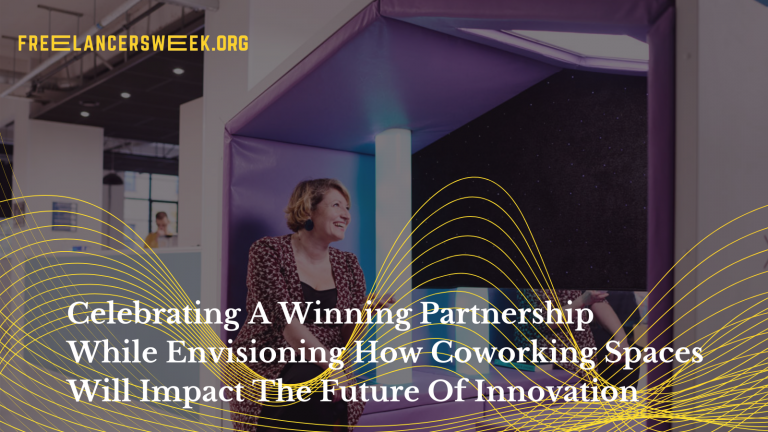 If you were following the European Freelancers Week during October 2020, you may have noticed a lot of chatter on the social network with regard to a new and exciting partnership that took place for the first time in coworking history.

Nook Wellness Pods, Signify’s LiFi and Creative Works teamed up to create a truly one of a kind opportunity for members of the East London coworking space.

The Nook pods, convenient huddle pods for work or time out, were fitted with Signify’s LiFi, secure internet via light and placed in Creative Works coworking space. In addition another fun element was introduced – the Sensory Nook, complete with adjustable lighting and tactile elements.

Taking coworking to a new level

Creative Works offer meeting rooms, desks and general offices – and the arrival of the kitted out Nooks, brought a new dynamic to the space.

The pods immediately sparked curiosity and chatter among the coworkers; it gave a sense of extra space, but a more private sanctuary where conversations and deep work could take place.

The introduction of the LiFi and Sensory Nook came at a time when the UK was coming out of its first lockdown, so no big activations could be planned – but the excitement was felt in the air, the interest of something new in the space generated a positive vibe among the community. People were also starting to notice these unusually shaped hubs on Creative Works’ social media pages and reacted with glee when they could actually bear witness to it. They even received a stellar Google Review!

The benefits the partnership offered members

The LiFi Nook offered coworkers an area in which they could really focus, as it gave great noise reduction with a steady internet connection that allows them that uninterrupted working environment.

The Sensory Nook, with its vibrant colours and tactile elements was used as a corner to unwind. Elena Giroli, Community Manager at Creative Works recalls seeing a few of their members from the creative industry, taking time to relax and to catch their breath before setting off to work again. They would often be seen reading or doodling while enjoying the tranquil surrounding.

In addition the partnership even generated revenue value within the community and Creative Works itself benefited from an additional service offering to the public too, as the pods were also utilised as meeting rooms for non-members.

Coworking continues to forge the way ahead

Elena recalls the sense of energy and interest that the partnership brought to the space, the keen interest from the community to try the pods out, and the overwhelming success that it resulted in. Isn’t it true that coworking spaces could be considered the ideal hubs for piloting new technologies and innovations? There is first-hand testing and market research done in an environment with open-minded, forward thinking individuals.

Partnerships like this add value to coworking spaces, and these spaces continue to drive the future of work as well as working environments. It’s time for big corporations and companies to take note of the more experienced approach that offers people not only a place to do deep work, but also an area where well-being is encouraged and reflection can be done.

In 2020 the European Coworking Assembly ,  stepped in as the coordinators of EFWeek.