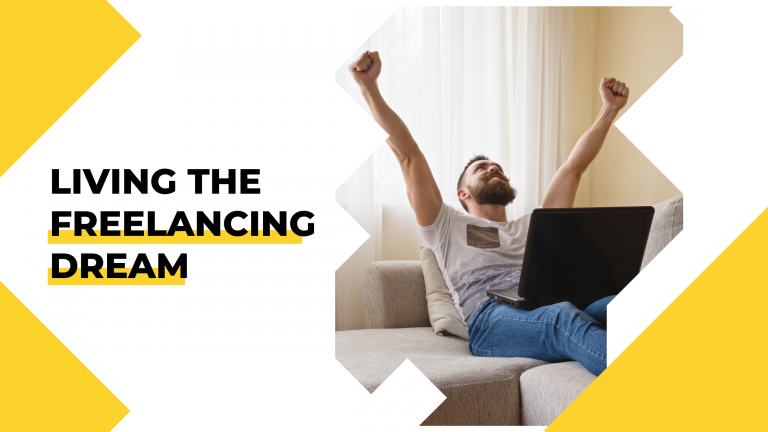 For those of you who have listened to the European Coworking Assembly’s Coworking Values Podcast, no introduction is needed for Bernie J Mitchell. For those who haven’t yet, listening to just one of them will introduce Bernie well.

Something that stands out very clearly in all the discussions that Bernie has with others is his passion and excitement about the coworking industry, and the potential changes that it can bring about to the future of work. Diversity, equality and inclusion, the vision of the 15-minute City are just some of the few topics Bernie is leading the conversation on.

Bernie has been freelancing for the last 20 years, currently as a consultant on how to market your coworking space, and it’s likely he will never give it up for anything in the world. The freedom to dictate his working hours and prioritise family, or to be able to walk around the corner to work and back, and of course the opportunity freelancing offers to connect with new people on the daily is just some of the things Bernie loves best.

His working career started in the restaurant and hospitality industry where he worked hands of for years, this until he decided to make a change and become a freelance event manager, back then when the term ‘freelance’ was ambiguous and a fairly unknown term.

Bernie then started dabbling with marketing, websites and all those ‘new-age’ concepts – we’re talking about 2006 here – learning as he went along about business and marketing. It wasn’t until 2008 that he heard about coworking and it was also around this time that he started running workshops on Twitter and blogging from a space nearby for the likes of lawyers and accountants. Bernie has a tenacious attitude for learning, consuming everything that he can find and goes by the attitude of JFDI (Just *you know what* Do It).

His passion has led him to plan events, host workshops and arrange networking sessions. Bernie has been in more coworking spaces if his lifetime than he has fingers and toes to count. And through this community, and the power of social media, Bernie has made a wealth of contacts. He can hook you up with just about anyone from every industry imaginable.

That’s not to say he didn’t find it hard to pluck up the courage to attend the networking events he found the most valuable like MeetUp and Kindred. But the lessons, the connections and the learnings that came from this era has proved invaluable.

Bernie will forever stay a freelancer, not an entrepreneur – for him this rings too much of elitism and privilege, but the opportunity to discover new things about himself is what he thrives on. Covid has gifted him this chance too, the choice to be flexible, to be able to take the bull by the horns at a pace that works for him.

Throughout Bernie’s journey he has raced through a lot of books, some of the most recent being, Company of One, by Paul Jarvis, Big Enough, by Lee Lefever, Rework, by Basecamp. And his honest feeling about freelancing – the more he does it, the more he feels he can achieve working with others!