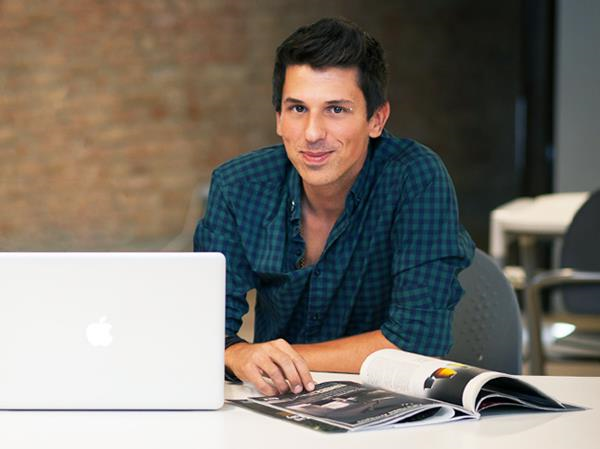 Matija Raos was known to many as the driving force behind #EFWeek. Originally from Croatia, he dedicated himself to supporting and advocating for the Coworking community globally. He was described by his peers as “going beyond borders for what he believed in”.

Matija described himself as a design-led problem solver, creative rethinker and trans-disciplinary strategist with a strong passion for community building and social impact.

After qualifying as a product designer he gained his first business experience in agencies within large marketing groups where he worked on demanding projects for large international companies and their world-famous brands. Matija later decided to become an independent professional, understanding that the key to the success of freelancing is the high level of service it provides and everything it encompasses. A strong network of associates and clients enabled the flow of jobs and income from multiple sources, as well as the credibility he gained from consistently delivering quality work.

From the very beginning of Matija’s freelancer journey, he understood the need for change, due to a lack of economic support from the government sector. He began by organising workshops, exhibitions and meetings in coffeeshops and public spaces for fellow freelancers to share their experiences, knowledge and frustrations. These events also became places to share victories and to teach others how to win.

It was in 2011 at an exhibition that Matija first met fellow freelancer Luka Piškorič, a founder of Poligon, the first Slovenian coworking space; this chance meeting was the catalyst for what was to later become the Coworking Croatia Initiative. Founded in 2012 with several others, the Coworking Croatia Initiative promoted the idea of ​​networking a range of different professionals and their work in a common space.

Matija and Luka worked closely to establish the needs and rights of freelancers in both Slovenia and Croatia. They developed codes of conduct and of business ethics within independent activities as well as creating and hosting events. Prior to launching the Coworking Croatia Initiative, Matija worked in the team for relaunching the Boonika platform, which brings together artists and creatives.

Matija understood the urgent need for a change in the way people work, not only as a way to support themselves as individuals but also in order to rebuild and restructure how we do business. It was this understanding that led to the founding of the Croatian Independent Professionals Association (CIPA) whose goal is to affirmatively influence the economic, legal and social status of independent professionals, also known as freelancers. As the CIPA’s president he worked to establish cooperation with related professional and relevant, private and public, national and local international organisations.

Matija always understood the benefit of an interdisciplinary way of working and the strengths that can be found in creating collaborative workspaces. He also had an acute understanding of the challenges faced by the freelance community and this, coupled with his energy and heart, placed him at the forefront of the Coworking movement.

It wasn’t long before Matija became a renowned, loved and trusted leader within the Coworking community, recognised for his selfless dedication and relentless drive for change. Developing workshops, giving lectures, promoting the Coworking values, he was often described as being a hundred thousand times more productive than anyone else.

It was this drive and passion for community that qualified Matija as the perfect candidate to help make #EFWeek a success. In 2016 the first #EFWeek was launched, hosted by the CIPA with Matija’s vision at the forefront.

Matija’s focus on the community and creating a better living environment helped to shape the very core of #EFWeek. His passing in 2018 left a void in the Coworking and creative community that is impossible to fill. Even during his final days Matija’s number one focus was the success of #EFWeek and he never stopped working towards this goal. Matija has left behind a great legacy, with the impact of his work clearly visible throughout the freelancing and Coworking world.

However, he will perhaps be remembered most for his infectious energy, his creative enthusiasm and his ability to embrace and support every good idea. Very few people have had  such a profound impact on their industry and community in such a short time, but this again is testament to the outstanding person he was.

Matija’s mother Marija describes her son as always looking at the world through pink glasses, as always doing things differently and seeing the beauty that surrounds us.

During Matija’s battle with cancer a fund was set up to help support the financial burden of treatment. This project is being developed into a relief fund for Independent Professionals, with the purpose of offering support when the ability to work is taken away. You can find out more information at http://lovematija.com/

In 2020 the European Coworking Assembly ,  stepped in as the coordinators of EFWeek.